How to write a philosophy paper

In approaching the task of writing a philosophy paper, it is important to keep in mind that what is involved in writing a paper in philosophy is different from writing a paper in another discipline, even when it is in one of the other humanities. Philosophical writing is a practice that has its own standards and conventions. Some of these standards will be consistent with general academic paper writing standards. Many others are more specific to philosophy. It is therefore especially important to have a clear idea of what it takes to write a philosophy paper that will receive a good grade.

THE GOAL IN WRITING A PHILOSOPHY PAPER

To merely state a claim is not the same thing as defending a claim.

It is not okay to just provide your personal opinion on some issue and to then be done with it. Your philosophy instructors are not interested in your opinions, unless you also give them some good reasons to believe what you believe. On the same note, it is also not ok to simply write down the opinion of some philosopher whose work you read without at the same time also providing their reasons for believing it.

There are many different kinds of arguments that one can make in a philosophical paper depending on what one chooses as one’s main claim. They include the following:

WHAT YOUR PAPER WILL BE GRADED ON

In writing your philosophy paper, it is important to keep in mind the aspects you will be graded on. In evaluating a philosophy paper, your instructor will attempt to determine whether you satisfy the following conditions:

a. You adequately understand the philosophical import of the topic you are addressing.
b. You provide a good argument or good reasons to believe your main claim.
c. Your paper is written in a lucid and structured way.

THE STEPS TO WRITING A PHILOSOPHY PAPER

STEP I: READING A PHILOSOPHY PAPER

Read the relevant passages several times
Philosophical works are usually very dense. Before starting to write, try to spell out what the author is saying in your own words.

Be charitable in your interpretation of the author
Do not interpret a philosophical work in an absurd or uncharitable way just to make things easy for yourself. Give the text you are considering the best possible interpretation.

Ornate language is not a virtue in philosophical writing. Avoid it. A rule of thumb to remember is: if you wouldn’t say something when speaking, don’t say it in your paper.

Be concise in your writing

Your philosophy paper should be as concise as possible. Make sure each one of your sentences is doing some important work.

In writing philosophy paper, you should generally avoid long quotations. Instead, paraphrase an author’s point in order to demonstrate that you understand it.

Don’t discuss the historical importance of your topic

Another temptation that students of often have is to introduce the topic of their paper by discussing its historical development into a philosophical problem or by mentioning how it is an issue that has gripped human beings for countless generations. Avoid this temptation. Introduce your topic directly (e.g. “According to Kant, we have good reason to believe the following claim…).

It is acceptable to use ‘I’

In writing a philosophy paper, the use of the first person singular pronoun ‘I’ is acceptable when used to refer to the author and is even encouraged. Using other locutions such as ‘this author’ should be avoided as it is apt to create awkwardness in the flow of language.

Make sure that you have a solid grasp on philosophical terms before using them in your own papers. Don’t just assume you know what a word means just because you are familiar with it from other contexts.

In writing a philosophy paper, you will often find yourself repeating certain terms over and over until you are sick of them. This might tempt you to replace the term with synonyms. Avoid doing so. You should consistently use the same terms for the same concepts throughout your paper. Repetition is OK in a philosophy paper and is even the norm.

Use many examples
In writing a philosophy paper, one of the best ways to show you understand some issue or concept is by providing some concrete example of it. In giving examples, may sure they are relevant to the point you are trying to make.

Anticipate possible objections to your argument

In writing your paper, imagine how somebody might provide a strong objection to your position. Include the objection in your paper and figure out a way to respond to it in a convincing way. Doing this will make your argument that much stronger.

You do not need a conclusion

Unless your philosophy paper is very long or you are specifically asked to do so by your philosophy instructor, you will typically not need to write a conclusion to your philosophy paper. It is enough to tell the reader what you are up to in your introductory paragraph. You can just end your paper once you have completed your argument (and considered potential objections).

Make sure every sentence expresses exactly what you mean to say
In writing a philosophy paper, it is not enough to gesture towards a thought. In revising, make sure that the words you used to express your thoughts do an adequate job of it and are not ambiguous.

Get a friend to read your draft or read your own draft out loud
Given a student’s deep involvement in her own paper, she will often be unable to notice the presence of glaring holes in her argument or a lack of clarity to her sentences. For this reason, it is a good idea to get some distance in the revision process, either by having a friend or classmate read your draft or to read it out loud. This way, it will be far easier to detect awkward-sounding sentences as well as hazy thinking.

THE GOAL IN WRITING A PHILOSOPHY PAPER

b. Providing an argument

The way in which one defends a claim that one has put forth in a philosophical paper is by way of offering a convincing argument.

In giving an argument, one is providing reasons as to why the readers should come to believe what you believe.

Philosophy paper due in a week? Tomorrow? In a few hours? Our experienced and professional academic writers can assist you with your philosophy term paper, essay, or research paper on any topic of philosophy.

Just give us your philosophy topic and our knowledgeable writers can write you a model philosophy essay from scratch based on your exact specifications and deadline.

Get quality, on-time customized writing when you need it most. Philosophy Writers™ offers the very best and the most affordable service when it comes to writing coherent, persuasive, and outstanding philosophy papers. Students of all levels continually rely on us for our great customer service and quality work in philosophy essays (as well as in the humanities).

Ten Reasons Why Students Are Happy with Our Writing Services

1) We know philosophy, it’s our specialty

2) Each customized paper is written from scratch, meaning every model paper is one of a kind

4) All transactions are completely confidential and secure

8) We can write in APA, MLA, Chicago, Turabian, and other styles

9) Get quality you can afford. If it can be researched, it can be written by one of our professional writers.

Our Promise and Guarantee

We’ll write a unique philosophy essay from scratch based on your exact specifications and deadline. No philosophy essay topic is too difficult for us to handle or too long to write. We work around the clock 24/7 assisting students succeed in their writing assignments — and we’re good at it. Need your philosophy essay in a matter of hours? No problem, we can help! We have a solid track record of getting the job right the first time, and on time.

What topic can Our Philosophy Writer help you with today?

We strive to provide the very best custom philosophy essay writing services while keeping in mind the limited budgets students have. Our goal is to provide quality you can afford! If you haven’t tried us out, please do so and we promise you’ll be impressed. Remember, our writers are experienced in their respective fields and have written hundreds of custom papers. You can definitely count on us to be your professional and personal Philosophy Writers

Below is a list of some of the common philosophers/thinkers we have written on. Please note that this is a limited list and does not include every thinker or subject area we’ve written on. 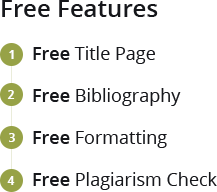 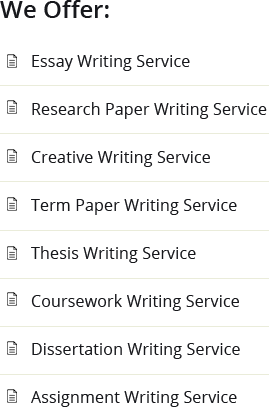 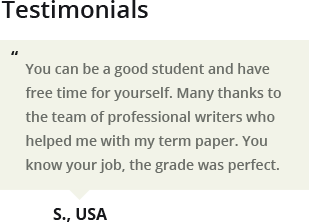